For the third part of this series I will cover my trip to Dan Eastwoods local trails near his house in Clitheroe, riding in a beautiful autumn scene before he leaves for a 4 month trip to Kenya.

This was the very first trip, and section of film! And pretty much summed up how the filming would go. Random places I had barely or never visited and a weekend away in some great company! Having only really met Dan a few times at my local trails and at races where he marshals I didn’t know what to expect when I got the go ahead to stay with him and film, but was both nervous and exited! Little did I know Dan is a trooper! The best of everyone I filmed, his whole section was done in one day straight off the bat. 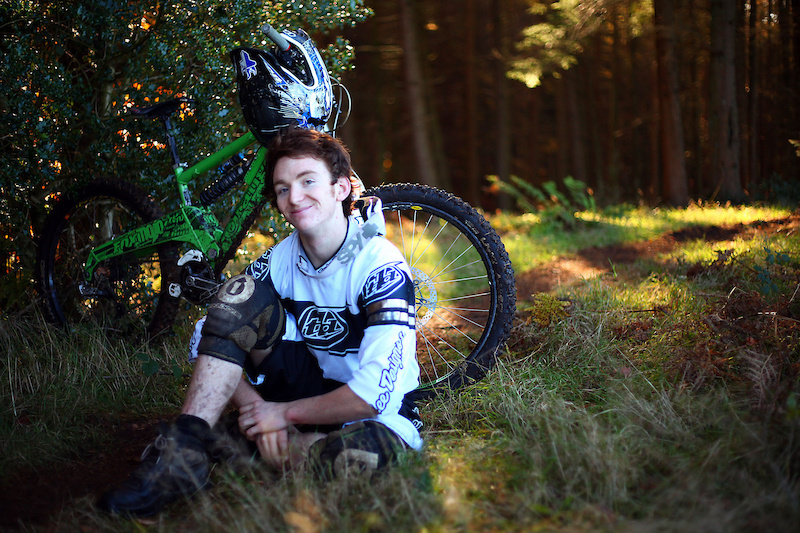 Dan Eastwood talking about his upcoming trip to Kenya

On the Saturday I spent the morning with my partner but swiftly took on the 3 hour drive to Clitheroe and eventually found Dans secluded pad, it was amazing! From here he took me to his tracks literally on his doorstep, for such a small hill there were a good few runs with some cool bits we were hitting up. But after the late start it soon went dark and we turned to the pub for dinner and then bed for an early start the next day! 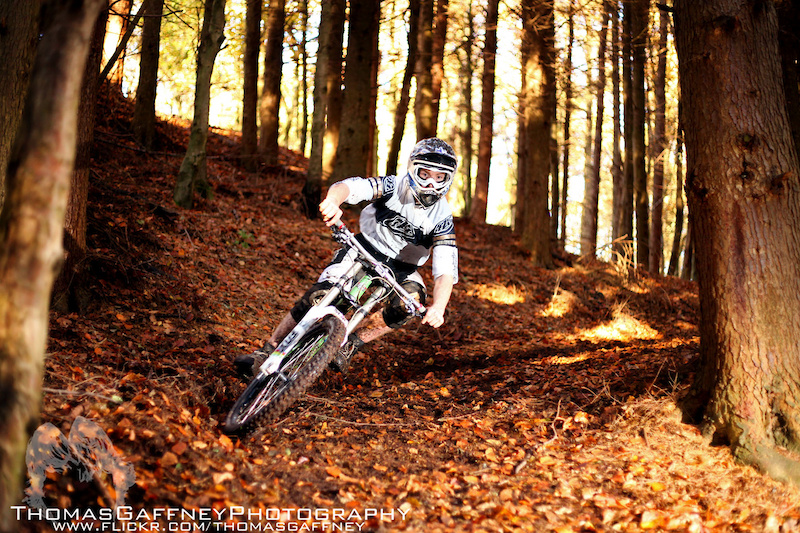 Dan killing it at Rat Woods

The Sunday we woke up at half 6 to a cold but sunny day, and by 7 o’clock we were up on the hill filming. It was beautiful at his local with the pine needles across the ground, great! And from riding it the day before we knew what would flow and look good. We soon moved onto Longridge trails where it got very steep and gnarly, a real change to the mornings riding. I asked if he wanted a few runs to warm up, but like a true champ Dan shrugged it off and was pinned from the off. This is where he monstered it pushing up again and again, really good and it payed off, giving him a section over four minutes long from one day of filming! 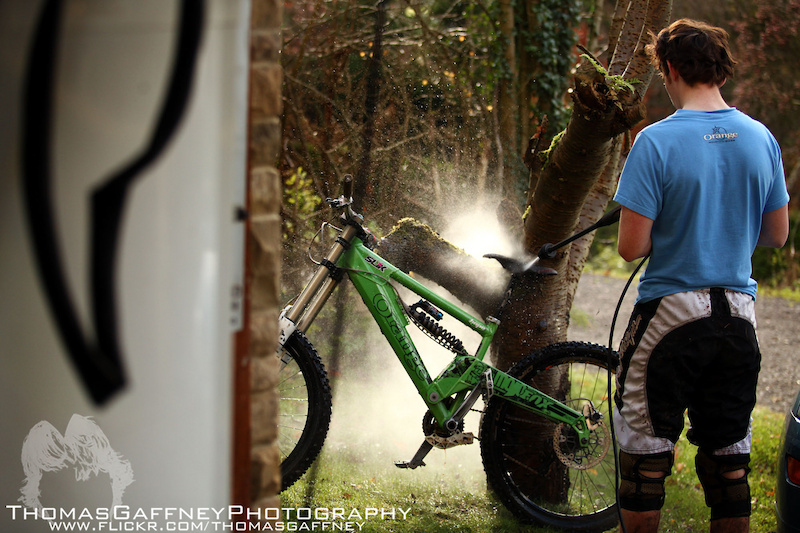 Dan washing his bike after a hard day filming for Eventide

After all of this it got very dark in the woods and Dan guided us down and we soon returned back where we grabbed some food and I had to leave for home and Dan had to leave for Kenya! It was strange watching the premiere of this knowing he had literally that week come back, ha!

Anyway I hope you enjoy Dan’s section and stay tuned for the next episode where Welsh rider Laurence Crossman-Emms takes on the snow! After taking to the infamous Cannock Monkey Trail our two protagonists stumble into the path of the dreaded downhill demon AKA Eliot Machin. It is here that the pair try, with all their might, to […] With a start list not looking a million miles from that of a World Cup, all eyes were on a hill in the Scottish borders that’s as much a part of the race circuit as […] So 2012 was an interesting year for me and about the best so far, even though I didn’t attend 1/4 of the stuff I aimed too… Through the year I have had some nice pictures […]

Where did this beauty come from? Who cares and after watching this video, you’ll be figuring out how your going to pay for one. It’s probably pretty naive to presume that this bike is all […]

Ride Skyline with New Zealand’s only Gondola assisted bike lift. In amongst the pine trees of the Ben Lomond Reserve, the newly named ‘Queenstown Bike Park’ boasts world class trails with varying terrain for all […]

It was a brilliant weekend of racing in the highlands for Team CRC/Nukeproof as Joe Smith and Matt Simmonds finished seventh and ninth, respectively, wrapping up a successful round of the UCI Mountain Bike Downhill […]